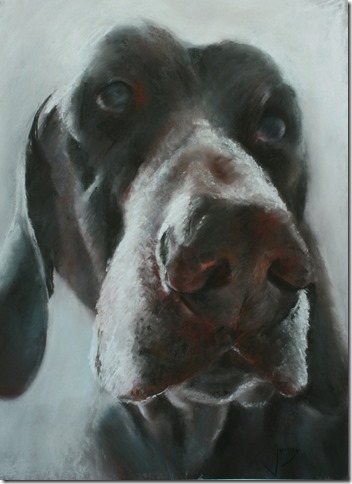 I came across this artist the other day. He does an excellent job capturing the  likeness of animals in pastel.

Check him out at Animal Pastel.

Email ThisBlogThis!Share to TwitterShare to FacebookShare to Pinterest
Labels: New product, Own interest

Learning from my experience of writing the Die is Cast the next rules project is WW2. Currently under the working title of WW2 RD. 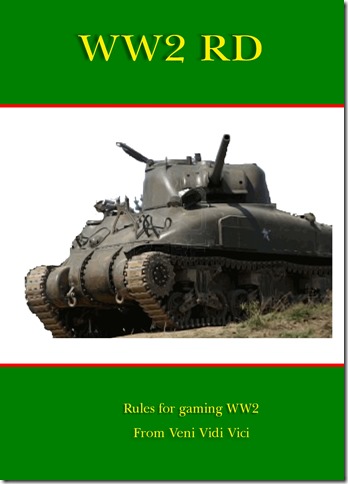 Again fairly scale independent its 1 figure equals one man/tank. Learning from TDIC its going to be slightly larger in size 7x10 inches which means that the font size can go up to 10 for easier reading.

Its IGo UGo but instead of that applying to the whole army, its a unit at a time. So players select a unit, perform all their actions with that unit and then the enemy get to do theirs.

Back in 2003 I set up a Yahoo group for this project and that where I will be loading the playtest rules and army lists. Its call the WW2RD group.

Is going to be held at the North West Gaming Centre, Manchester on Sunday the 20th October.

Because this the first event for the new version of the rules, I intend to take things easy and have only two games on the day.

It will be 1,500 point armies for 25mm, 15mm, 10mm and 6mm scale figures. With all participants having a chance to win the main prize, a copy of the board game Spartacus – Blood and Sand. I have played the board game and its a lot of fun.

The rules are available here and the army lists here. Just shout if there is an army list that you need to be published. The version of the rules that will be used is version 5.3 June 2013. The online (free) versions of the rules will be updated shortly to this version.

Further updates and the event details will be posted here as they are available.

Venue, see above. Fee £5 per gamer, please PayPal me at: zedeyejoe@gmx.com or just pay me on the day.

Rules, as written. Orders will not be used (optional rule) but scouting will be.

All armies up to 1,500 points (yes that does mean 1,501 is over the limit). Army lists are available online (see above) shout if anything you want to use is not listed. Lets say 1100 AD is the time limit for armies, so no knights or gun powder weapons for which there are no rules anyway.

Army lists to me (zedeyejoe@gmx.com) in either plain text or Word format please on or by 5th October please. You can try other formats and I will let you know if they work or not. A list needs to show the number of units of each type used, the number of figures/elements used and the points values.

Players can use either 25/28mm, 15mm, 10mm or 6mm armies. Three streams will be run, the 25mm, 15mm and 6/10mm so that players can play against approximately the same sized figures.

25 (and 28)mm games. Use individually based figures. Notional base frontages; light troops 30mm, cavalry 25mm, infantry 20mm, elephants 60mm, 2 horse chariots 40mm,  other chariots 60mm. If someone is using different sizes just match them up, so that an infantryman fights another infantryman regardless of actual base size. Likewise 2 light troops should match up against 3 infantry or an elephant.

15, 10 and 6mm games. Use element based figures. Each element a notional 40mm width. See section 22 of the rules to see how many figures each element is worth (its the number of wounds an element takes) and point accordingly. 80mm wide elements will be considered two elements, so double everything, the attacks, wounds and of course points cost! 60mm wide elements will be considered honorary 80mm wide elements (so as before, double everything). That should allow for most peoples basing systems. Remember, light troops work best in units of groups of 6 wounds (3 normal elements).

Terrain on tables will be pre-set, no need to bring your own. In the first game I will try to match historical opponents.

Dicing for the Spartacus Game

Every player will have dice and there will be a roll off to see who wins the game.

You get dice for;

2 dice, coming with a fully painted army
2 dice for using a Servile War army
1 die for each player (max 2) who thinks you are a sporting player
1 die for losing a game, 2 dice for a draw and 3 dice if you win.

Games are won or lost on the normal points system (19.9), a draw is where neither player scores more than 150 points more than the other. Games last until the time limit is reached or army break point (19.8), whichever is the sooner.

Email ThisBlogThis!Share to TwitterShare to FacebookShare to Pinterest
Labels: Die is Cast

The Die is Cast army lists up to 30

The Later Greek list is really quite interesting, with a wide variety of upgrades available and some fanatic Gallic mercenaries.