Chalons – third run at it

OK some painted figures are starting to appear on the table. The board used is one of the GW battle boards, we just ignored the plastic terrain and had the hill! 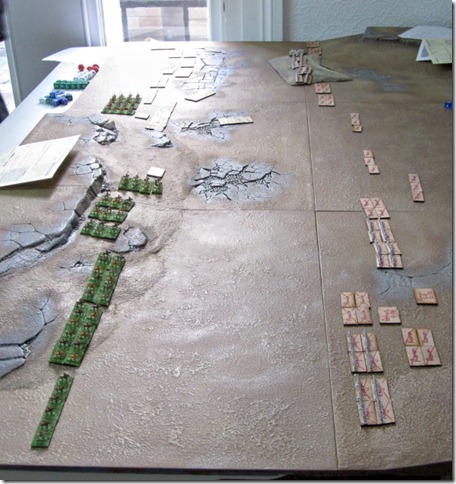 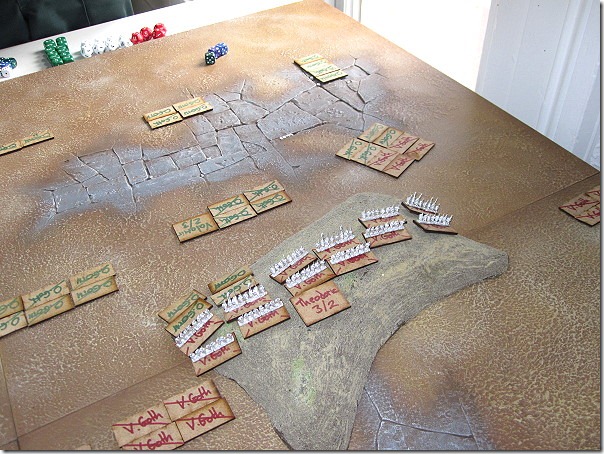 Below is the moment of decision with the Ostrogoths launching a full scale attack on the left of the hill. 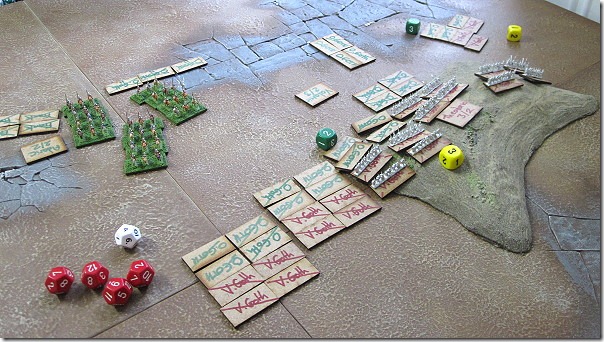 It was a total fail, with all Ostrogoth units being broken and driven back into the Gepid division marching up to support them. Most of the Gepids broke and ran without even getting into the fight. But the idea is sound. The Hunnic player does have the advantage of deciding the point of the attack and properly done the flanks of the hill will always be vulnerable to an attack played in the right way.

But all the players involved agree that the rules are giving both an interesting game but also one that seems to be giving an historical result.

The Chalons project – painting the armies 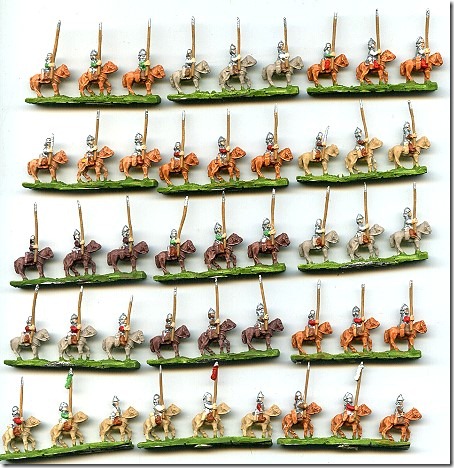 Now I tried just mounting the figures simply on bases but was not impressed at the result. 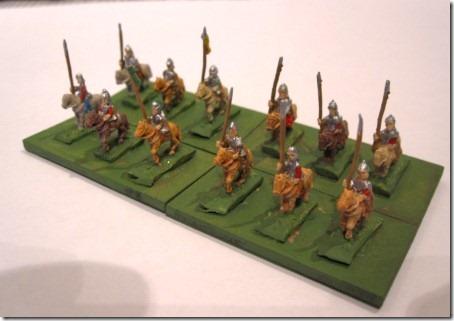 So the next stage was to apply some flocking gel (which I used to sell), so 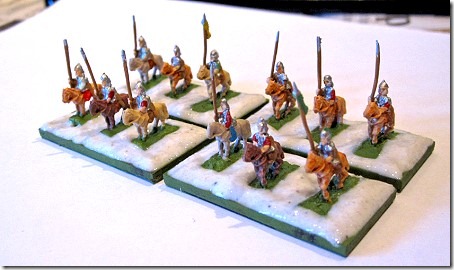 When the paste dries it looks, so 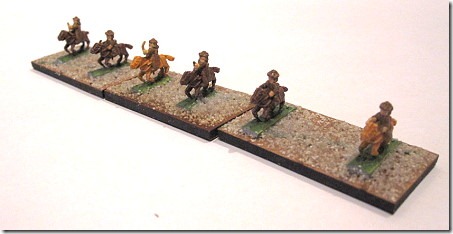 And paints up, so 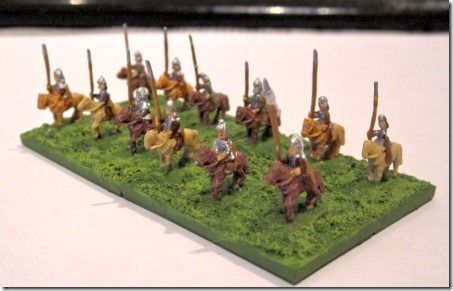 I think giving a much better result.