Last year I supported Steve Jacksons Kickstarter to do a large version of his 1970’s game Ogre (one great battle tank vs well everything). I had read a lot about it but never played a game, well now was my chance to get a good-sized version. 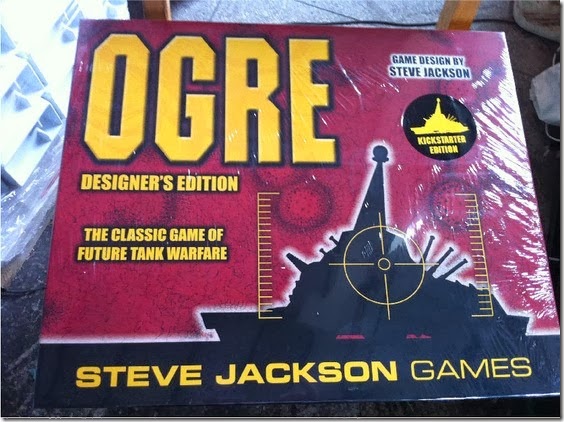 With a target of $20,000 it in fact went to almost a million dollars and thousands of copies have been produced.

Its massive as you can see below

In fact the only place that I can think of with space enough to play this is Portcullis in Bolton, it might just overwhelm the tables of the coffee shop in Leyland.

I have just finished punching and assembling all the counters. I now have 34 various types of 3D Ogres plus loads of 3D buildings and loads of ordinary gaming counters.

But just to add to my (as yet unused) Ogre collection I have bought the Nightfall campaign from Fire Mountain Games.